My name is Roni and I have a Franks RedHot addiction.

Phew. Okay, glad we got that out of the way to start. That being said, it should be no surprise to anyone that I have about a thousand ways that I make buffalo chicken in some form or not – tacos, wraps (yes, they are basically the same thing), pizza, dip, with fries, etc. So when I had a craving for buffalo chicken and only wraps on hand, I decided to take it upon myself to make a quick sandwich. 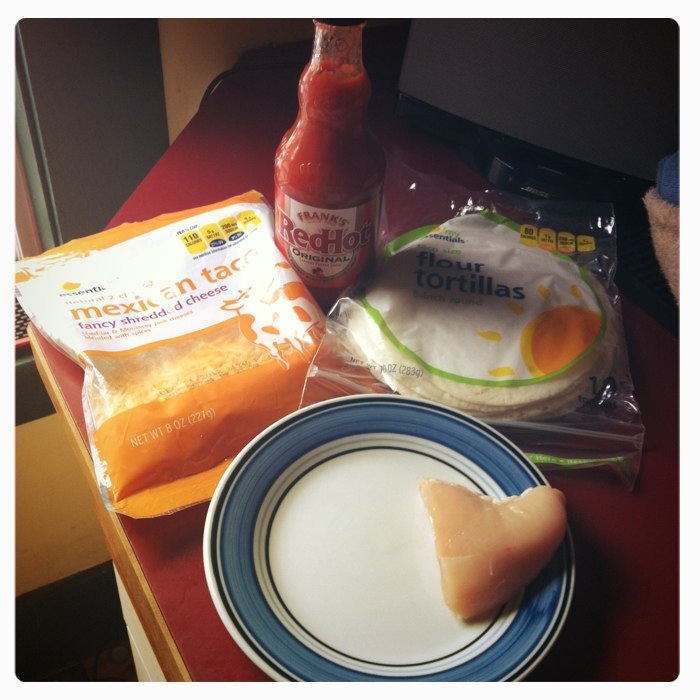 With a dash of olive oil for the pan, that’s all you really need for this. I promise. This time I won’t magically add more things as we go along. I know I tend to do that.

Chopped up the chicken, cooked it through, opened the Franks RedHot (might have taken a big sniff of it and went to heaven, then came back for a few drops before I doused the pan and added a small amount of cheese). 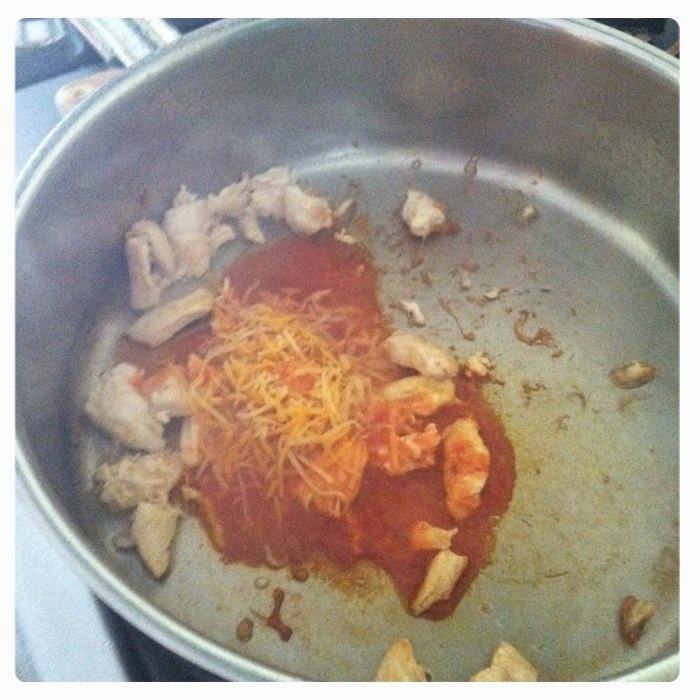 Cooked that down until it got all gooey and wonderful, then spooned it onto two tortillas that had been warmed in the microwave. 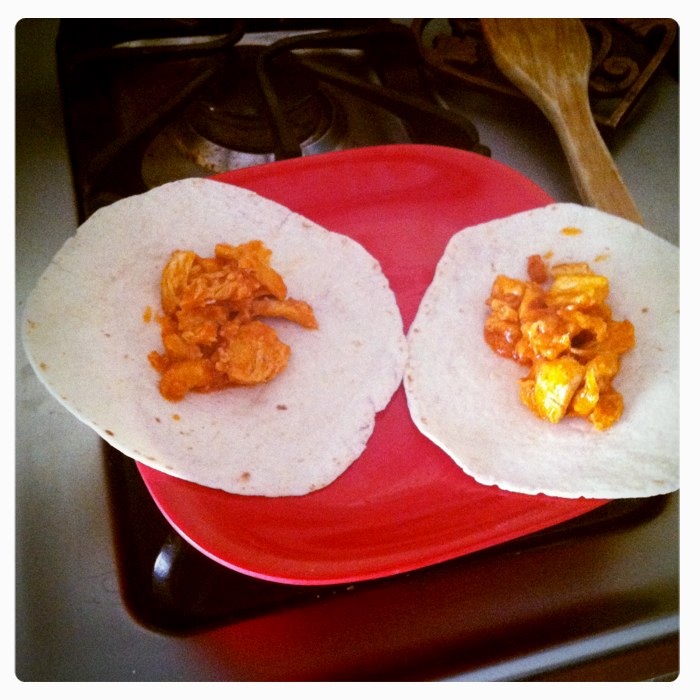 Have I ever told you that I was a sandwich princess in college? Worked in a fabulously ill-fitting purple (yes, I said purple) polo shirt. Became pro at making wraps. It’s an art really, I almost went to the food Olympics, but backed down at the last minute to take care of world peace. You know, something like that.

The reason I’m telling you this isn’t because I wrapped these perfectly (actually, I did a pretty horrible job, gotta get back into training), but because the point of making a wrap isn’t to just roll it like a taco, you have to close the ends. So make sure you roll in one side, the two outer ends (left and right), and then roll it to close it up. That way you can put it on the George Foreman (BINGO!). 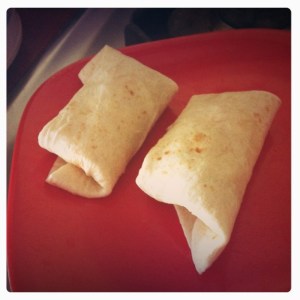 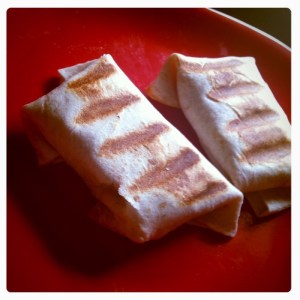 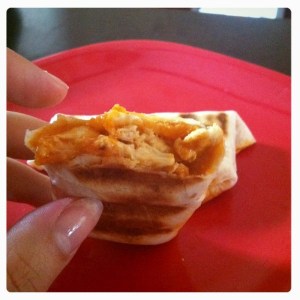