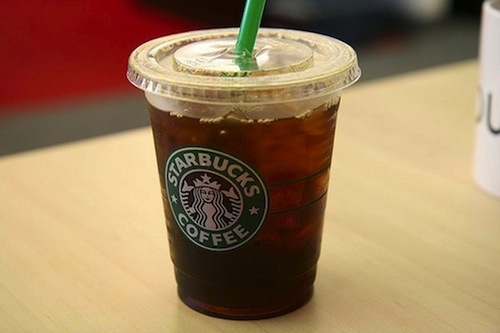 When I was little, I didn’t grow up in a household that drank coffee. My mother was more likely to drink iced tea or put a kettle on the stove to steep blueberry tea than she was to put on a pot of coffee. Which is why, it seems odd to me that for Christmas I asked for a Keurig and I have at least one cup a day.

My grandparents, on the other hand, were the only ones I really knew who drank coffee. My grandfather would pour his into a to-go mug so he could take laps around the campground (they owned it), mow the lawn, or open up the pool for guests in the summer.

It wasn’t until I was in college that it was more prominent. Long hours in the library, late nights studying, attempting to wake up on a Sunday morning. You get the point. It was there. But at that point, it was coffee drowned in sugar and cream so people could stomach the bitter taste of cafeteria-brewed sludge (no offense SMC). Even when we went to Dunkin Donuts, the cups were in a film of sugar or the coffee was consumed in the form of a Coolatta. A Dunkins was in walking distance of campus, so let’s just say it got a lot of business from students.

I went through another basically coffee-free phase when I moved in with friends after college. I don’t even remember a coffee machine being in our apartment, but I’m pretty sure one of the boys had a morning cup of Joe. The rest of us considered it, but it wasn’t driving our mornings.

By the time I got a job out of college and back into coffee, everyone I saw was drinking it in any combination of non-fat-three-pumps-of-this-or-that-syrup-and-maybe-I’d-rather-have-the-full-fat-milk-please.

But when I realized my waistline was growing, and went into full let’s-count-every-calorie mode. Out went the sugar and cream from my coffee, I drank it black (which I still do today). Out also went a lot of other junk food, but the point was, I went from 100 calories a cup to 5 calories a cup. (Believe me, I wasn’t drinking just one cup a day.)

Sure, a 95 calorie deficient doesn’t seem like much. But add it up. if I drank two cups a day for a week, that’s an additional 1,330 calories – an entire DAY of food.

So every time I hear someone say they’re getting their second large coffee with extra cream and extra sugar, I worry. How can we keep blaming each other for how unhealthy we’re living. Little changes could make such a drastic difference. I’ve gone from double digit pant sizes to the entire other end of the spectrum. And it started with making healthier choices.

Plus, black coffee isn’t as bad as it seems. You can actually tell the difference between good coffee and bad coffee.

And I know this is a long rant, but I beg of you all, take a minute to reconsider your morning coffee, try it black. It has so many benefits, but when it’s covered in calories, you might as well be having a bowl of Cheerios doused in sugar or a banana dunked in chocolate. (Although very delicious, defeats part of the point.)

Ok, rant over. Back to the kitchen.